What is Cod liver Oil used for?

This is now probably one of the biggest selling supplements in Europe. It first became established in the fishing communities of Scotland, Iceland, Norway and Greenland several centuries ago where they used it to protect themselves against the rigour of the intense cold that they were exposed to. Our Grandparents are fond of telling storied of taking their daily dose of Cod Liver Oil to relieve such complaints as rheumatism, aching muscles and stiff joints.During the 1890s it was commonly used to treat rickets which affected 9 out of 10 malnourished children. In the 1950s more research was carried out into the essential fatty acids Eicosapentaenoic Acid (EPA) and Docosahexaenoic Acid (DHA) conatained in Cod Liver Oil and other oily fish. This research has led to the modern view of Cod Liver oil as not only beneficial in such conditions as rheumatism but also as a benfit to the heart and circulatory system. 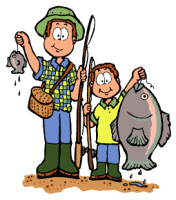 The Benefits of Cod Liver Oil

Blood flow- may be aided by EPA and DHA discouraging blood platelets from sticking together. Blood pressure - EPA and DHA may help reduce this.

Coronary Heart Disease - Risk may be redued if regular intakes are given.

Bones and Teeth- require vitamin D to maintain their strength, Cod Liver Oil is a good source of vitamin D.

Vision- Vitamin A is essential for the formation of visual purple (for night vision). Healthy Skin and Mucous Membranes- CLO is rich in Vitamin A, the large amount present is beneficial for skin and mucous membranes.

Brain: DHA plays an important structural role within brain cell membranes, improving their fluidity so that messages are passed on more rapidly from one cell to another. EPA is involved in cell signalling and also improves communication between brain cells. Populations with high intake of cod liver oil have lower levels of depression.

Joints: Omega-3 fatty acids, especially DHA and EPA, are converted in the body into substances (series 3 prostaglandins and series 5 leukotrienes) that reduce inflammation. The anti-inflammatory properties in cod liver oil are beneficial for joint health and the symptoms of arthritis. Evidence suggests fish oil (including cod liver oil) helps to maintain joint mobility and flexibility and diminish morning stiffness. In people with rheumatoid arthritis, cod liver oil supplements can reduce the number of non-steroidal anti-inflammatory drugs used as painkillers by over 30% after 9 month.

Cod Liver Oil contains: Vitamin A which is essential for the immune system, bone growth, night vision , cellular growth, testicular and ovarian function. vitamin D which is essential for the absorption and utilization of calcium and potassium which are required for skeletal growth. EPA and DHA, omega 3 fatty acids which are converted in the body to produce prostaglandins which affect a wide variety of physiological processes due to thier modulating effect on the action of hormones. It is thought that EPA and DHA may reduce the risk of coronary heart disease. DHA seems essential for normal brain development in unborn babies. Cod liver oil is probably best avoided by pregnant women, asthmatic, diabetics and people taking anti-coagulants.   [shopify product=http://shop4supplements.co.uk/products/cod-liver-oil-high-strength-1000mg]
Tweet Share Pin It Add Email